Europe is blessed with many beaches of coffee-table book beauty, but it’s the sheer variety of them that sets it apart. From Caribbean-quality strips of sand and glinting water to storm-sculpted collisions of land and sea, few parts of the world offer beach lovers such breadth of choice.
Whether you’re looking for somewhere to surf (or learn to surf), an all-rounder to please the whole family, a moody backdrop for a solo stroll, or just a to-die-for spot to lay your towel, you’ll find it somewhere in our selection of Europe’s best beaches for 2015.

If you’re looking for solitude, it shouldn’t be your first choice – but if you like your beach holidays to come with a little adventure, a spot of culture and plenty of partying, broad and sandy Jaz Beach on Montenegro’s gorgeous Adriatic coast is the place to be. This summer, Jaz will host the second Sea Dance Festival (seadancefestival.me/en – July 15-18), whose inaugural edition was voted the Best European Medium-Sized Festival at the European Festival Awards 2014.
Earning bonus points for location, Jaz is just outside Budva, a mini-Dubrovnik with a charming Old Town and a citadel that turns into a stage for the Theatre City open-air performances throughout July (gradteatar.com). For adrenaline junkies, there’s more fun to be had: day-trip options from Budva range from rafting the Tara Canyon to paragliding over Mt Lovćen.

Pin this imageA surfer riding Peniche's famous 'supertubos' wave. Image by Francisco Caravana / iStock / Getty Images
The port of Peniche and its eponymous beach is renowned among surfers – and this year it hosts one of only two European stops of the World Surfing League (Oct 20-31 – worldsurfleague.com). But this rugged headland, which juts into the Atlantic about 60 miles northwest of Lisbon, is worth a visit even if you’re not bringing a board.
While seasoned surfers and bodyboarders head for the west coast, and in particular the ‘supertubos’ – large, tube-shaped waves – off Medão Grande Beach, the sheltered bays of neighbouring Baleal are ideal for beginners, families and general lounging around. History buffs will love Peniche's old town centre (which includes historic churches and Peniche Fort, built in the 16th and 17th centuries, used in the 20th century to detain political prisoners, and now a museum), while divers can catch a boat to the clear waters around the Ilhas Berlengas nature reserve just off the coast.

Pin this imageThe setting of Corsica's Rondinara is almost as stunning as the beach itself. Image by photovideostock / iStock / Getty Images
Let’s dispense with the idea that Rondinara is in any sense undiscovered. In high season (July and August), a flotilla of fancy yachts drops anchor here, while the powdery sand disappears beneath a mass of bronzed French bodies. Corsica guards its gorgeous beaches jealously, though – and rightly so. Rondinara, which lies at the end of a nondescript road off the N198 midway between glamorous Porto Vecchioand historic Bonifacio, is no exception; careful management ensures this is a sumptuous spot despite the footfall, a perfect horseshoe of sand enclosing a shallow, limpid blue bay set like a jewel amid hills of reddish rocks and dusty maquis.
Rondinara’s sheltered location means it’s free of all but the most child-friendly waves, another boon for families staying at the well-organised campsite nearby (camping-rondinara.com). The beach has plenty of parking for day-trippers and a restaurant on the sand serves up food and drink between May and September.

Pin this imageThe effort of reaching Cala Goloritzé is half the fun. Image by elisalocci / iStock / Getty Images
Beach perfection comes in many forms in Sardinia. But for sheer drop-dead beauty, few places can rival Cala Goloritzé; a tiny inlet of bone-white pebbles overshadowed by towering, macchia-clad rocks, it's one of a series of beaches on the Golfo di Orosei's dramatic coastline.
It's not your classic poster beach with silky soft sand and a palm-fringed backdrop; rather, its appeal lies in the drama of its setting and its turquoise waters. There are only two ways to reach it: by boat or on foot. Most people cruise in from Cala Gonone, but for a truly memorable experience, you can trek down an old mule tack from the Golgo plateau some 400m above. And if that's not climb enough, once you make it down you can join the local climbers and pit yourself against the beach's rock spire, the 148m-high Aguglia.

Pin this imageGothic and other-worldly: Iceland's Vik Beach. Image by marchello74 / Shutterstock
With black sands, mists and tales of trolls and sea monsters, Vik Beach (Reynisfjara in Icelandic) is the antithesis of its Caribbean counterparts. Found at Iceland’s southernmost point – the wettest place in the country – this wind-beaten volcanic beach has a gothic, other-worldly feel, underpinned by local folklore. Look west to spot the Trolls of Vik (Reynisdrangur), craggy stacks of basalt said to be the petrified remains of three Icelandic trolls. At low tide, explore caves composed of cooled lava; legend has it their geometric columns once sheltered mythical creatures. Keep your eyes peeled for puffins nestled in the nearby cliffs – the area is a haven for seabirds.
Vik village and Reynisfjara are easily accessible from the main ring road and make a great final pit stop before heading back to Reykjavík. Stay at Icelandair Hotel Vík and spend an extra day touring nearby Mýrdalsjökull glacier.

Pin this imageDevon's Bantham Beach is an all-rounder with waves, sandy spots, dunes, rock pools and more. Image by Ann Taylor-Hughes / iStock / Getty Images
The south west of England is spoiled for rugged beaches and some of the country’s best – Woolacombe, Croyde Bay and Saunton Sands among them – are found in North Devon. But they have a rival to the south... Bantham Beach, which lies in the South Hams, is a true all-rounder: surfers love its reliable waves; families come for the winning combination of sand, dunes and rock pools; and walkers admire its drama as they pass by along the South West Coast Path (southwestcoastpath.com). For added interest, visitors can hop over to neighbouring Bigbury Bay and visit the elegant art deco Burgh Island Hotel; cut off from the mainland at high tide, this glamorous throwback once hosted the likes of Agatha Christie, Noel Coward, and Prince Edward and Wallis Simpson.
Bantham forms part of an estate owned by the same family for a century until it was sold for £11m last year. The new owner, who beat competition from the National Trust to buy it, has promised to be a similarly conscientious custodian. Let’s hope so.

Pin this imageBeaches don't come much more dramatic than Scotland's remote Sandwood Bay. Image by richsouthwales / Shutterstock
First things first: for all the efforts of the Gulf Stream, the waters off northern Scotland are very cold indeed. To swim here, either hardiness or a wet suit will be involved. But beaches aren’t just about sunbathing. They’re about the dramatic meeting point of land and water, and Sandwood Bay, at Scotland’s remote northwestern tip, is a magnificent case in point.
Getting there is half the fun: the beach is a four-mile walk from the nearest road, the path winding through moorland and grassy sand dunes. When the view of the mile-long beach, overlooked by the limestone sea stack of Am Buachaille, finally opens up it feels like ample reward. This sweep of sand has cliffs around it, a freshwater loch at its back and faces on to waters that stretch to the Arctic. Tall tales of ghosts, shipwrecks and mermaids add garnish, but most people find a tramp around this beautiful place poetic enough.

Pin this imageCala Macarella is one of the hidden delights of Menorca. Image by tagstiles.com - S.Gruene / Shutterstock
The Balearics often get a rough ride, brushed aside by independent travellers as a fast-track to package holiday hell. But Menorca – the shy little sister of Mallorca – is not only a cracking deal for families, with its gently shelving beaches, low-key resorts and waters made for snorkelling, it also hides some of Europe's finest beaches.
One such secret is Cala Macarella, a horseshoe-shaped cove in the island's south-western crook, where cliffs draped in pines and holm oaks enclose flour-white sands. Get there bright and early, or linger to see day fade into a pink-tinged sunset, to experience it at its silent best. What else? A photogenic walk over the cliffs brings you to the tinier, quieter and just as lovely Cala Macarelleta, where nudists top up their all-over tans.

Pin this imageLook down on dreamy Voutoumi while sipping an ice-cold Mythos. Image by Netfalls - Remy Musser / Shutterstock
Seen one Greek Island, seen them all? Antipaxi, the pipsqueak of the Ionian Islands, might just surprise you, with some of the most gorgeous beaches you're ever likely to clap eyes on.
Dangling just south of Corfu and easily reached by hydrofoil to Paxi then taxi boat, this tiny island is a walkable four-by-three kilometres and home to a year-round population of... 20. But what a beauty it is: cloaked in vines, olives, orchards and wildflowers, scalloped with pearly beaches, and lapped by a sea that fades from turquoise to indigo. Nowhere will leave you itching to leap in like Voutoumi, an arc of ivory-white pebbles and sand, where you can lounge in seclusion before trudging up 200 steps to a taverna for calamari and an ice-cold Mythos overlooking the beach.

Pin this imageThe Curonian Spit contains Europe's largest moving sand dunes. Image by Tatiana Rodionova / iStock / Getty Images
Dividing the Baltic Sea from the Curonian Lagoon that stretches from Lithuania into Russia, this sliver of land is one endless expanse of beach. Mile upon mile of fine white sand awaits those looking for a real escape. This landscape itself, however, is not so sedate. Lush forests and grasslands attract an array of winged wildlife, earning the Curonian Spit a reputation as a birdwatcher’s heaven. Amid this terrain you can marvel at the spectacle of Europe’s largest moving sand dunes. For superb views over this Unesco World Heritage site, hike to the summit of the Parnidis Dune, a great spot to catch the last golden rays of the sun before it dips gently below the horizon.
Thanks to Lithuania’s inclusion in the eurozone earlier this year, it is easier than ever to travel around the region. Tread carefully – metaphorically and literally – if you do go, though: responsible tourism holds out the hope of safeguarding this fragile ecosystem; anything else will only speed up its destruction.
Get tips from the experts on where to eat, drink and sleep in three of this year’s most exciting European destinations by downloading free PDF chapters. 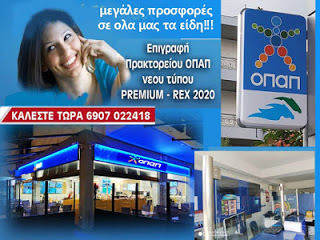 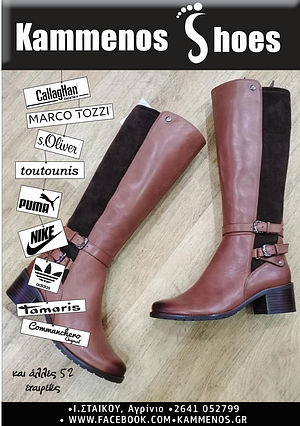 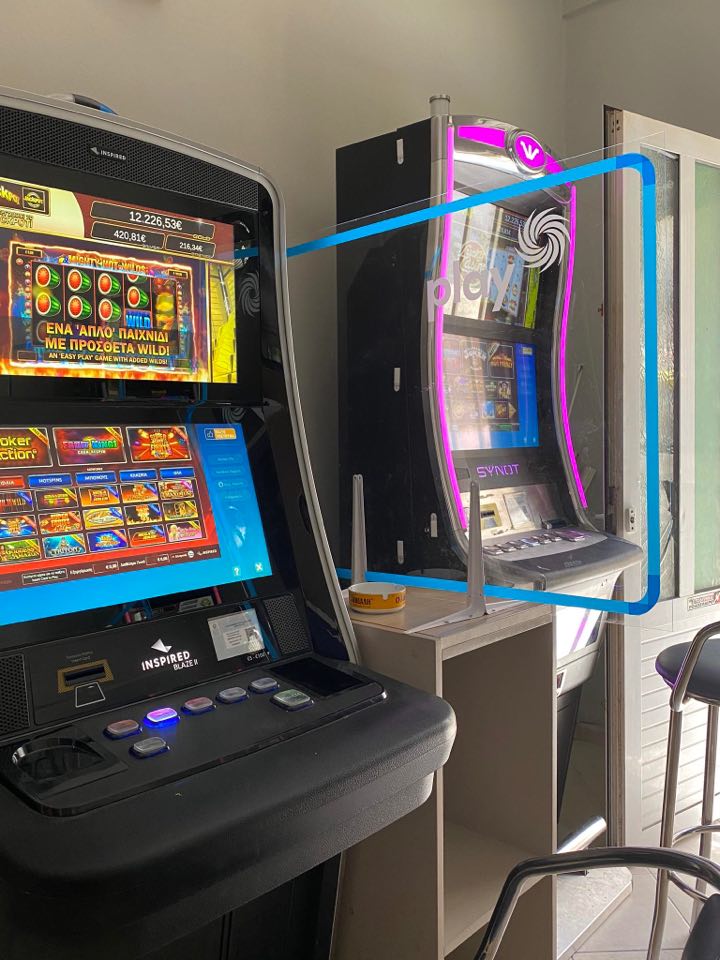 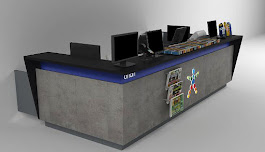 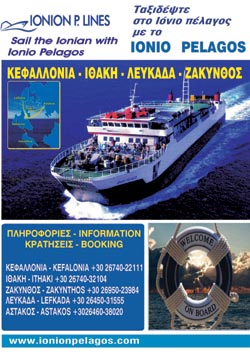 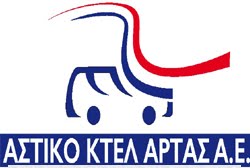 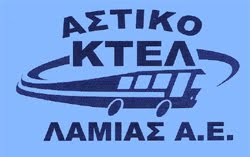 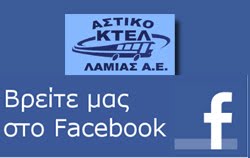 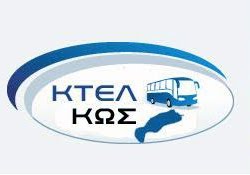 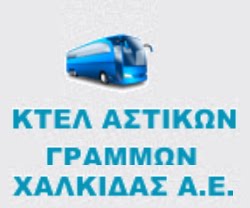 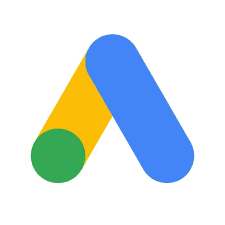